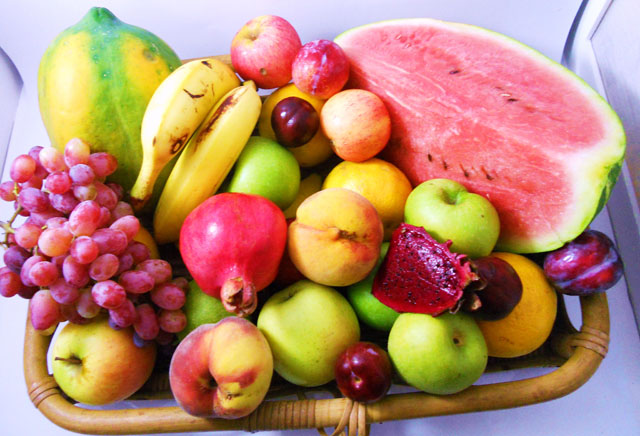 Skip the salt, start exercising and add these 20 delicious and nutritious foods to your diet!

New CDC guidelines will add millions of men and women to the ranks of those with high blood pressure. While 140/80 was once considered the high blood pressure threshold, 130/80 milliliters of mercury has taken its place as the magic number.
While a staggering 75 million Americans — that’s nearly one third of the adult population — were already struggling with high blood pressure, this new calibration will add an additional 4.2 million people to this unlucky club, indicating an increased risk of heart attack, stroke, and other life-altering health consequences along the way. Skipping the salt and squeezing in some regular workouts can help keep your blood pressure from reaching dangerous levels, but it takes a more proactive approach to keep your blood pressure under control in the long run.
Consider a blood pressure-lowering diet. While that phrase may conjure images of unseasoned egg whites and limp steamed veggies, getting your blood pressure into a healthy range is more than just doable — it can be a downright delight. Start by adding the Eat This, Not That! approved list of blood pressure-lowering foods into your regular routine and watch your numbers go from scary to stellar in no time.

Don’t deprive yourself of your favorite sweet treats just because you’re trying to lower your blood pressure. Mangoes are a great source of both fiber and beta-carotene, both of which have been deemed effective at lowering blood pressure. In fact, research published in Hypertension Research suggests that adding beta-carotene-rich foods to your diet may be an effective way to lower blood pressure in no time.

2. Salmon
While fatty foods may seem like they have no place in a high blood pressure-fighting meal plan, fatty fish like salmon are a major exception to that rule. Salmon is loaded with heart-healthy omega-3 fatty acids, which can help reduce inflammation, lower your risk of heart disease, and get your blood pressure into a healthy range.
Research published in the June 2012 edition of the British Journal of Nutrition revealed that omega-3 supplementation reduced blood pressure among older patients and those with hypertension, making this tasty protein-rich fish a must-eat for anyone whose blood pressure has crept into a concerning range.

3. Bell Peppers
Making some stuffed peppers for dinner tonight could be the first step on a journey toward a healthier heart and lower blood pressure. Bell peppers are an excellent source of vitamin C, with more of the potent antioxidant than even citrus fruits, which has been shown to improve cardiac function and lower blood pressure. Research published in the American Journal of Clinical Nutrition found that loading up on vitamin C reduced blood pressure by 5 millimeters of mercury in patients with hypertension, making these versatile veggies a smart addition to any meal plan.

4. Apricots
Slash your blood pressure and lower your risk of chronic disease by making apricots a staple in your diet today. Whether you’re tossing some on a salad, eating dried apricots as a snack, or adding some to your favorite smoothie, these vitamin C-rich, beta-carotene-loaded fruits are the key to healthier blood pressure. Even better is the 3.3 grams of dietary fiber you’ll get per cup of apricots — research published in the Archives of Internal Medicine suggested that a high-fiber diet can significantly lower your blood pressure, too.

5. Dark Chocolate
Don’t deprive yourself of dessert just because you’re eager to get your blood pressure under control. A little dark chocolate can go a long way when it comes to lowering those numbers, thanks to its flavonoid content. Flavonoids, a type of plant-based pigment, have been linked to reductions in blood pressure, thanks to their ability to improve endothelial function, according to researchers at the University of Manitoba. Just make sure you’re choosing real dark chocolate for the biggest benefit; foods high in sugar, like most milk chocolate bars, have been linked to an increase in blood pressure by researchers at New Zealand’s University of Otago. Reduce your risk of chronic disease even further by discovering and ditching the 20 worst habits For heart health ASAP.

6. Apples
An apple a day really does keep the doctor away, particularly for those struggling with high blood pressure. In addition to the 4.5 grams of blood pressure-lowering fiber you’ll get from each apple, you’ll also enjoy a healthy helping of Quercetin, which has been deemed an effective antihypertensive, according to the results of a study conducted at the University Complutense of Madrid’s School of Medicine.

7. Carrots
That bunny food is blood-pressure medicine in disguise. Carrots pack a one-two punch of beta-carotene and Vitamin C, getting your blood pressure into a healthy range before you know it.

8. Eggs
While eggs have had a checkered reputation in the past because of their cholesterol content, recent research suggests these protein powerhouses can actually help improve both your cholesterol and your blood pressure while keeping you satisfied. According to the American Journal of Hypertension, a high-protein diet, like one rich in eggs, can help lower blood pressure naturally while promoting weight loss, as well.
Just make sure you’re not detracting from the health benefits of your egg-based breakfast by adding the wrong condiments; the sugar in ketchup and high salt content of hot sauce may reduce your protein-rich meal’s blood pressure-lowering effects.

9. Cherries
Sweeten up your meals and lower your blood pressure in one fell swoop by making cherries part of your diet today. Not only are cherries packed with fiber, Quercetin and Vitamin C, a study published in the February 2015 edition of Clinical Nutrition has linked their resveratrol content to significant reductions in systolic blood pressure.

10. Pink Grapefruit
Start your day with a round of zesty pink grapefruit and see your blood pressure numbers shoot into a healthy range in no time. In addition to being an excellent source of blood pressure-lowering, immune-boosting Vitamin C, pink grapefruit is a good source of lycopene, which multiple studies have deemed effective at reducing blood pressure. In fact, a Finnish study published in Neurology reveals that study subjects with the highest concentrations with lycopene in their blood decreased their risk of stroke by 55 percent.

11. Flaxseed
Stirring some flax into your favorite smoothie or morning oatmeal could be the first step toward lowering your blood pressure. Flaxseed is a great source of fiber, as well as omega-3 fatty acids, which can reduce inflammation throughout the body and improve the health of your heart and circulatory system. Research conducted at Isfahan University of Medical Sciences even reveals that individuals who added omega-3s to their diets had significantly lower systolic and diastolic blood pressure than their placebo-taking counterparts.

12. Spinach
Make spinach a part of your blood pressure-lowering routine. As well as being an easy veggie to sneak into everything from smoothies to sauces, tempting even the pickiest palates, spinach is a triple threat when it comes to your blood pressure, thanks to its healthy helpings of fiber, beta-carotene and Vitamin C.

A little tomato on your menu could be the key to healthier blood pressure. In addition to boasting plenty of Vitamin C and Quercetin, tomatoes are a great source of lycopene, which researchers at Ben-Gurion University in Israel have linked to significant reductions in blood pressure. Just don’t try to get your fix from ketchup or bottled tomato sauce; the combination of sugar and salt in most recipes can send your blood sugar through the roof.

14. Blueberries
Satisfy your sweet tooth and improve your blood pressure by adding blueberries to your menu today. Blueberries are low-glycemic, high in fiber and loaded with resveratrol, which a study published in Hypertension Research has found effective at reducing blood pressure in animal test subjects.

15. Onions
They may not be great for your breath, but when it comes to your blood pressure, onions can’t be beat. Onions are a great source of Quercetin, which researchers at Germany’s University of Bonn have found effective at lowering blood pressure in overweight and obese study subjects suffering from hypertension and pre-hypertension. To make your onions less pungent, try sautéing them in olive oil for a sweeter flavor and a boost of heart-healthy fat.

16. Lima beans
They may not have been a tempting option to you as a kid, but lima beans are a wonder food for anyone trying to get their blood pressure under control. According to research published in the Journal of the American College of Nutrition, adding beans to your diet can help you get your blood pressure into a healthy range while keeping you full and satisfied. And when you’re ready to lose weight and feel better, make the 30 best anti-inflammatory foods part of your better health arsenal!

17. Watermelon
Watermelon is a good source of blood pressure-lowering vitamin C and lycopene, research published in the American Journal of Hypertension reveals that patients with prehypertension who added watermelon to their diet significantly reduced their blood pressure.

18. Sweet potatoes
Indulge your carb cravings and lower your blood pressure at the same time by whipping up a batch of oven-baked sweet potato fries tonight. Sweet potatoes are a good source of hypertension-fighting resistant starch and vitamin C, as well as being loaded with blood pressure-lowering beta-carotene. How’s that for a smart snack?

19. Kale
Kale’s ubiquity comes from more than just Beyoncé’s endorsement; it also happens to be a superfood for anyone whose blood pressure is higher than they’d like. Kale is packed with Quercetin and beta-carotene, as well as vitamin C, which researchers at Johns Hopkins University Medical Center have found to been an effective means of lowering blood pressure naturally.

20. Strawberries
Swap out those refined sugar-loaded treats in favor of strawberries and watch your blood pressure dip into doctor-approved territory. Researchers at the University of Alberta’s Mazankowski Alberta Heart Institute have found resveratrol, a pigment found in red fruit like strawberries, effective at preventing hypertension and dangerous enlargement of the heart muscle in mice and rats, making it a great addition to any hypertension-fighting diet.

I saw this article and had to have it.  I wanted to share it with you. I have implemented more fruits and vegetables in my diet, and less meat. So I needed to know which ones were more beneficial.  I hope you find it helpful as well.  The doctor told me never eat any thing from a can,; too much sodium.