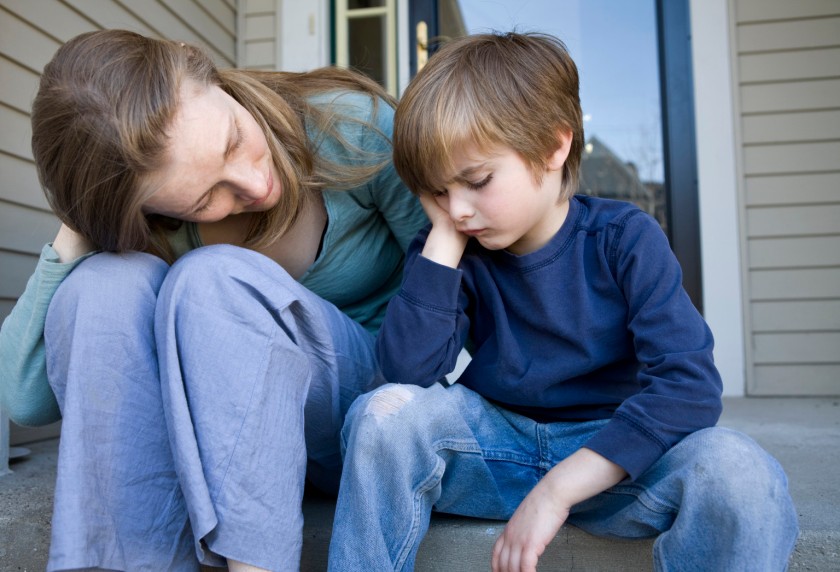 Being a teenager is difficult, whether you’re teetering on the edge of teenagehood at thirteen or you’re looking back and getting ready to say goodbye at nineteen, it is still difficult. The staggering amount of life-changing decisions one has to make during the teenage years is honestly daunting. Maybe it’s deciding if you’ll go to college or take a gap year, the thing is those decisions are often heavily doused with indecision and a lack of self-awareness. It’s absurd that we have to decide who you want to be when you don’t even know who you currently are. If you have a teenage child who’s irritable and often grumpy or maybe you just don’t understand them and it feels like you’re on polar opposites, here are some ways to help your teenage kid:

1. ENCOURAGEMENT – I cannot stress the importance of this. You need to encourage these kids. Life is hard, they’re probably on social media watching kids their age or even younger than them doing great stuff and they feel stupid, inadequate and lost. They need to be assured that they are perfectly okay, it’s perfectly normal not to have figured your life ours at the age of 18. Life is uncertain and if things aren’t working according to their plans let them know that they shouldn’t beat themselves up over it. They should work harder and pick themselves up.

2. LISTEN – This may just be the most important thing you would ever offer to a teenager. They’re going through a lot of stuff they don’t know how to handle. Talking about it may not necessarily help but it takes a load off one’s chest. Not all the issues are end products of teenage angst, some issues are extremely important and scary issues such as sexual assault. A lot of teenagers get sexually assaulted by their peers or older people and they don’t want to come out and talk about it because they feel as though no one would listen. Lending a listening ear always goes a long way.

3. TALKING – It isn’t enough to just listen, you should hold conversations with your teenage kids. Sometimes as a teenager, you feel invisible; the wind drifting aimlessly and as mundane as it sounds, a conversation help a lot. Simply asking how their day went or how classes are going goes a really long way. So talk to your kid today via call or if it’s possible to face to face. You’ll both feel better. It is also important to note that the conversation may not go smoothly the first few times but remember that consistency is key.

4. MERIT SYSTEM – Please do not let your teenage kid view school as the only means of progress and validation. Help your teenager understand that grades do not define a person. It is easy to get caught up in grades, studying but one day that will end and they will be left feeling unaccomplished. It will help if you discuss these things with them and assure them of your love no matter what.

5. TELL THEM YOUR FAILURES – A lot of parents aren’t honest with their kids. It could be something as mundane as lying to them but the fact is that at that age, trust is a very easy thing to lose. Some parents don’t believe in having their kids’ trust, only fear. They forget that the kid will grow up and stop fearing them but the trust will always stay. If you’ve failed at something your kid is doing, let them know that you tried it and you failed. It will be hard to own up and admit to your own kids that you’re not good at something but it’ll build up an astounding amount of respect in your favor if you do this. Discuss it with them and let them know where you went wrong so they won’t repeat the same mistakes.

6. SUPPORT – Be a shoulder to cry on. Be their major source of support. Teenagers are often very vulnerable people, mentally and physically but if they are assured of your support they would never go out into the world craving acceptance and love when they get it from you.

7. COMPLIMENTS – Everyone loves receiving compliments, even dogs love being told they are good dogs. Never hesitate to tell your teenager they look great or acknowledge their effort. They might brush you off in an effort to look cool but your compliments help to build up a healthy self-esteem.

8. DO SOMETHING THEY ENJOY DOING WITH THEM – This is tricky, I know, but it’s worth the effort. It doesn’t have to be an outing or doing something daunting. You can start with little things. Maybe your teenager likes a particular show on Netflix, ask them if they’d like to see that show with you. Or perhaps they love a singer or a dancer or an artist, you could ask them to play their album for you and if you like it you can take them a concert. These little things are what truly matter.

9. SHOW THEM LOVE – Sometimes this may not be reciprocated blatantly however, you still have to show them love by actually saying it and also in your actions. It will help your teenager be more comfortable with the idea of showing love and other emotions instead of repression which often ends with the victim mentally scarred.

Contact, communication, and consistency are three certified ways of encouraging and getting closer to your teenage kids. Most of the effort will be on your side but with time it’ll pay off. Time flies by, before you know it they’re off to college and I’m sure no one wants to have a dysfunctional relationship with their kids. It starts now, starts with the little things, allow them to have their say before making decisions on their behalf, talk to them and not at them. It won’t make things better if you keep reporting your teenager to different people so they can be scolded. This child is your responsibility. Own up to it and you might just find a wonderful friend in your teenage kids.