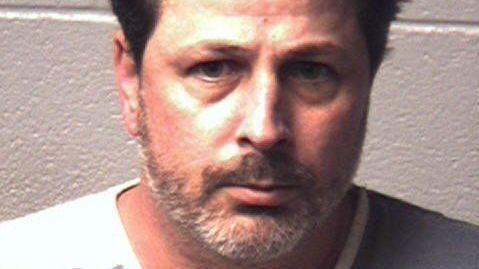 Justice was handed down on Friday when a white man who has been harassing his Black neighbors in Pennsylvania got sentenced to hard prison time. His white tears didn’t make the judge have any mercy on the 45-year-old.

Antonio and Biafra Baker and their children were harassed by their neighbor Robert T. Kujawa, according to the Morning Call. The Bethlehem Township family claimed Kujawa damaged their property, put Confederate Flags in his window and hurled racial slurs at them — including calling their son the N-word. The Bakers bought a security system, lighting and a fence to protect themselves, but were too afraid to let their children play in the yard.

A judge on Friday found Kujawa guilty of felony charges of ethnic intimidation, stalking and harassment. He received two to four years in in state prison. This was his third charge. He was “convicted twice before of crimes against the Bakers. In 2014, he pleaded guilty to harassment. In 2015, he admitted to reckless endangerment,” the Morning Call reported. He was on probation when he began harassing the Bakers again.

Kujawa reportedly put on a performance in the courtroom. Clearly begging for his white privilege mercy, he cried, “I never intended for it go to this extent. I’m really remorseful. I’m really sorry that it got to this point.” His wife, Barbara Kujawa, who was joined by their daughter in the courtroom, had the nerve to add he is a a good husband and father. “We’re a family,” she said. “We’d like to stay a family.”

How can you be a good husband and father if you can’t even be a good neighbor? A man who is sentenced to prison for harassing Black people who live next door to him clearly is not a good person. But maybe racist birds of a feather flock together, so take every seat, Barbara.

Encourage Yourself: All we can do is pray for all involved. This is an unnecessary unfortunate situation. The devil is roaming seeking whom he may devour. Be wise in your actions at all times. Remember the scriptures tells us Satan wishes to sift you as wheat. It’s no game what is going on in this country, but even more so in the spiritual realm.